World Ranked welterweight Mykal Fox won a eight-round unanimous decision over Johnny Arellano in the main event of a seven bout show at the 2300 Arena in Philadelphia.
The card was promoted by King’s Promotions.
Fox of Forestville, Maryland, controlled the action by keeping his jab in the face of Arellano.  Arellano tried to get inside, but it was the experience of the fighter known as “The Professor” that was able to thwart the offense of Arellano.
In round five, Fox was able to score a knockdown on shot that landed while both fighters were on the inside.
The number-14 ranked welterweight in the world by the IBF and number-15 by the WBA, Fox won by scores of 80-71 twice and 78-73 to run his winning streak to three in a row and raise his overall mark to 22-1.  Arellano of Conroe, Texas is 10-2.
“Johnny is tough.  He was awkward.  He has some height on him presented some challenges, but we made the adjustments like we are supposed to,” said the 6’4″ Fox.  “In 2020, we are looking for good fights, and just keep moving forward.  That’s the biggest thing.  We are going to go back to the gym, and work on the things we need to.  I am going to work on what we did bad, and improve on what we did good, and look for a big 2020.  We are going to keep working.”
Kalvin Henderson and Genc Pllana battled to an eight-round majority draw in a super middleweight bout.
Pllana took a card 79-73, while two cards read even at 76-76.
Henderson of Fayettville, AR is 12-0-1. Pllana of Hagerstown, MD is 7-1-2. 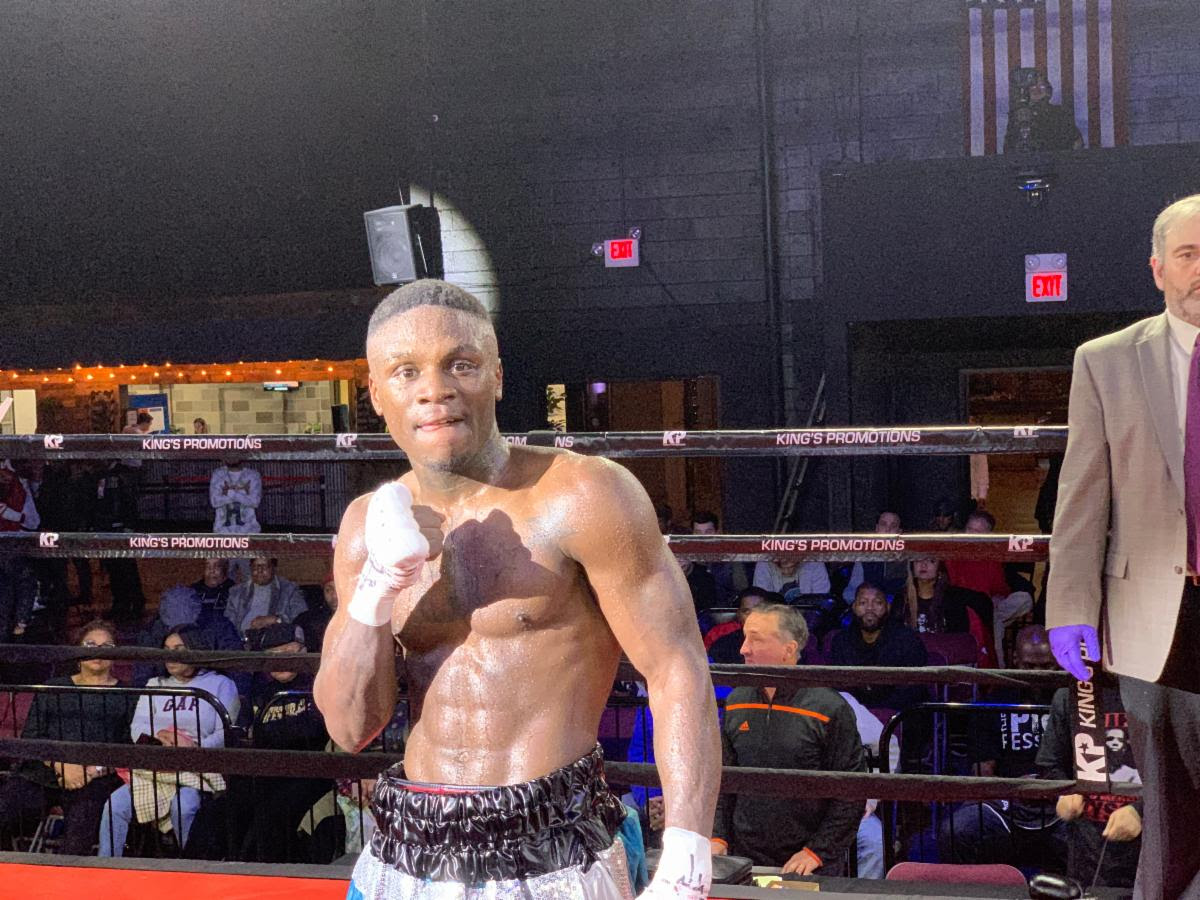 WBA number-10 ranked super bantamweight Marcus Bates won an eight-round unanimous decision over Francisco Pedroza.
In round eight, Bates dropped Pedroza with a left hook to the head.
Bates of Washington, DC won by scores of 80-71 twice and 78-73 and is 11-1-1. Pedroza is 13-10-2.
“It was a good performance.  I could have done better.  I have to go back to the gym and talk with my team, put the work in and get better,” said Bates.
“Whatever my team and promoter want me to do next is what I am going to do.”
Tyrome Jones stopped previously undefeated Shamar Fulton in round two of a scheduled six-round lightweight bout.
Jones dropped Fulton in round two with a hard right hook. Fulton was hurt, and Jones scored some vicious follow up shots and the but was stopped at 2:10.
Jones of South Bend, IN is 5-6-1- with two knockouts. Fulton of Philadelphia is 4-1-1. 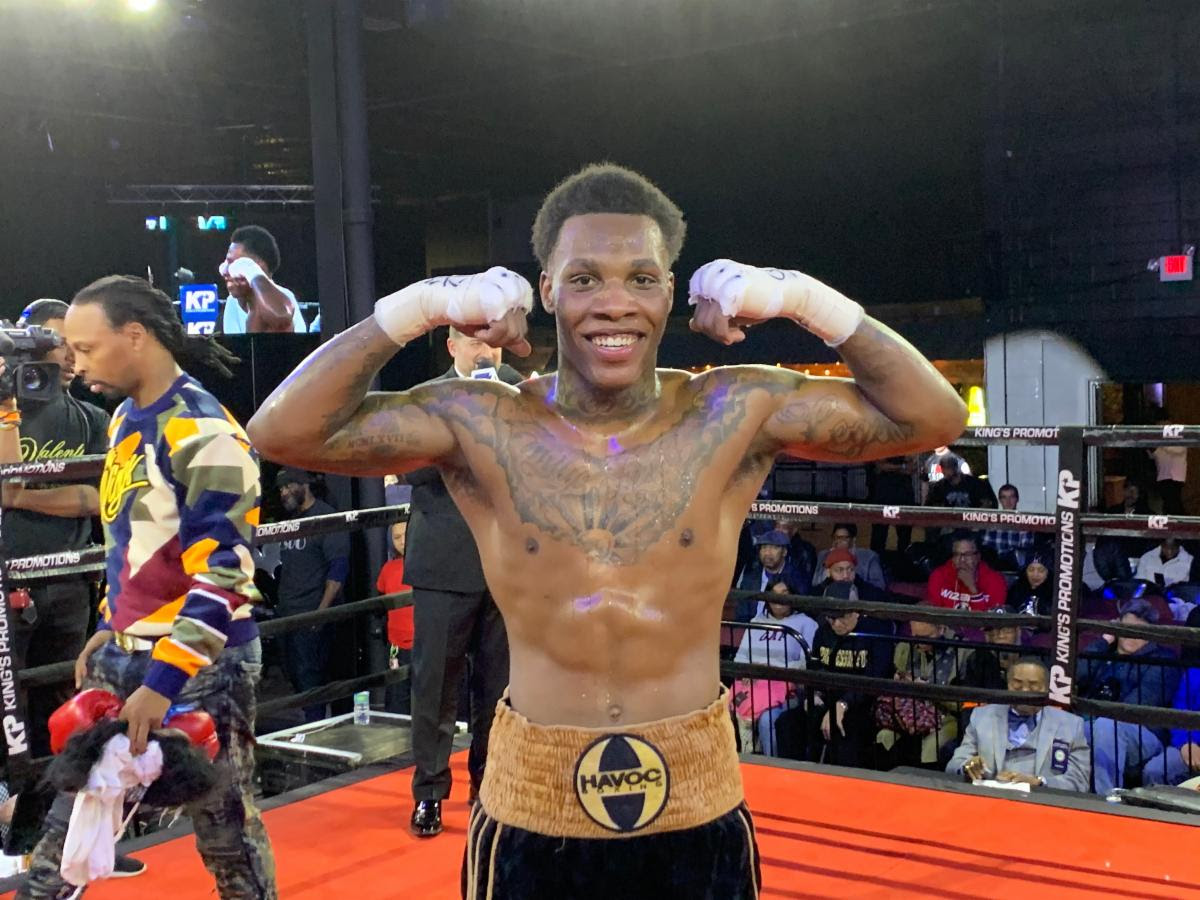 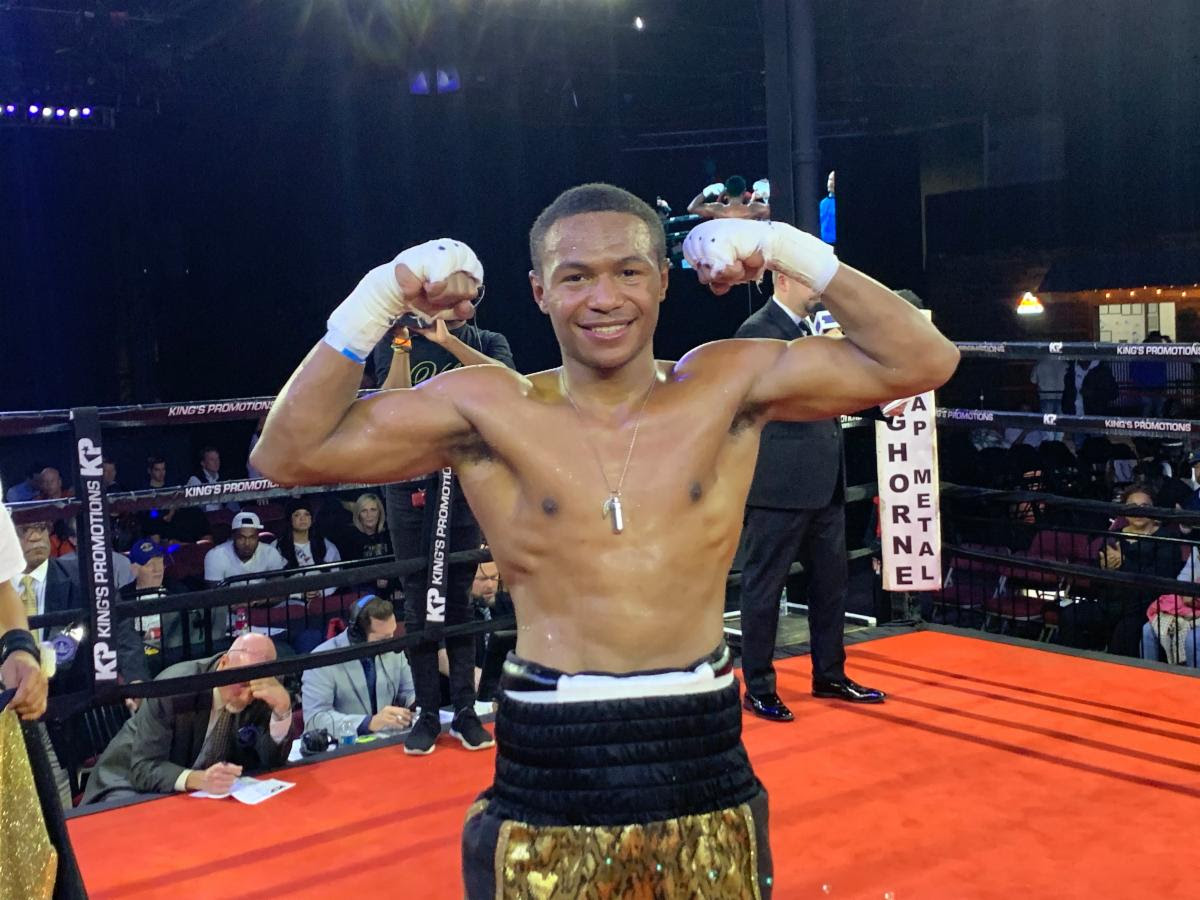 Martino Jules won an six-round unanimous decision over Eric Manriquez in a junior lightweight bout.
In round three, Jules dropped Manriquez with a hard right hook. Jules scored another knock down in round five, and cruised home to the victory by scores of 59-53 and 60-52 twice.
Jules of Allentown, PA is 8-0. Manriquez of Houston is 8-10-1. 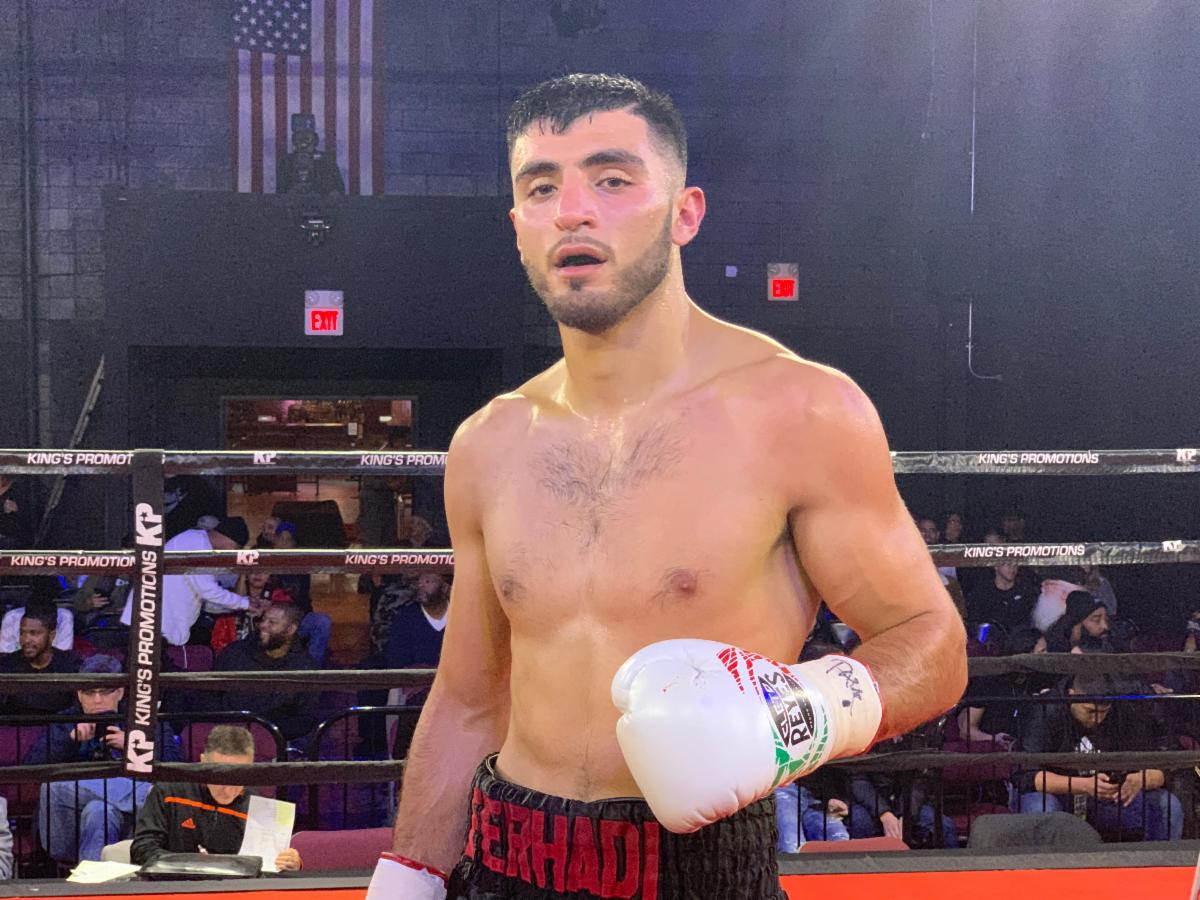 Devar Ferhadi stopped Vincent Baccus in round five of a scheduled six-round bouts of undefeated super middleweights.
Ferhadi rocked Baccus in the 3rd with a left hook to the head. In round five, Ferhadi dropped Baccus with a hard 1-2 combination. Ferhadi continued to beat down Baccus until the bout was called off at 1:45.
Ferhadi, who just granulated from Medical school is from Frederick, MD via Iraq is now 8-0 with seven knockouts. Baccus of Oklahoma is 4-1-1.
“We had to take our time in there, it was out 1st six-round fight.  I had to listen to my corner and patiently walk him down, get the jab going, figure out what punches he was throwing, and try to get the caliber of his power, and respect it accordingly,” said Ferhadi.  “The Philly fans are great.  Hopefully I will be back soon.”
Ferhadi just finished Medical School.
KING’S PROMOTIONS WILL BE BACK THIS SATURDAY NIGHT AT THE ZEMBO SHRINE IN HARRISBURG, PA WITH A BIG NIGHT OF ACTION FEATURING FEMALE SENSATION ALYCIA BAUMGARDNER
admin2019-12-16T22:25:42+00:00December 9th, 2019|0 Comments