WBA number-15 ranked junior welterweight contender Mykal Fox kept on the path towards a major fight with a 10-round unanimous decision over Eudy Bernardo in the main event of an exciting nine-bout card at The Wind Creek Event Center in Bethlehem, Pa.
The nearly sold-out card was promoted by King’s Promotions. 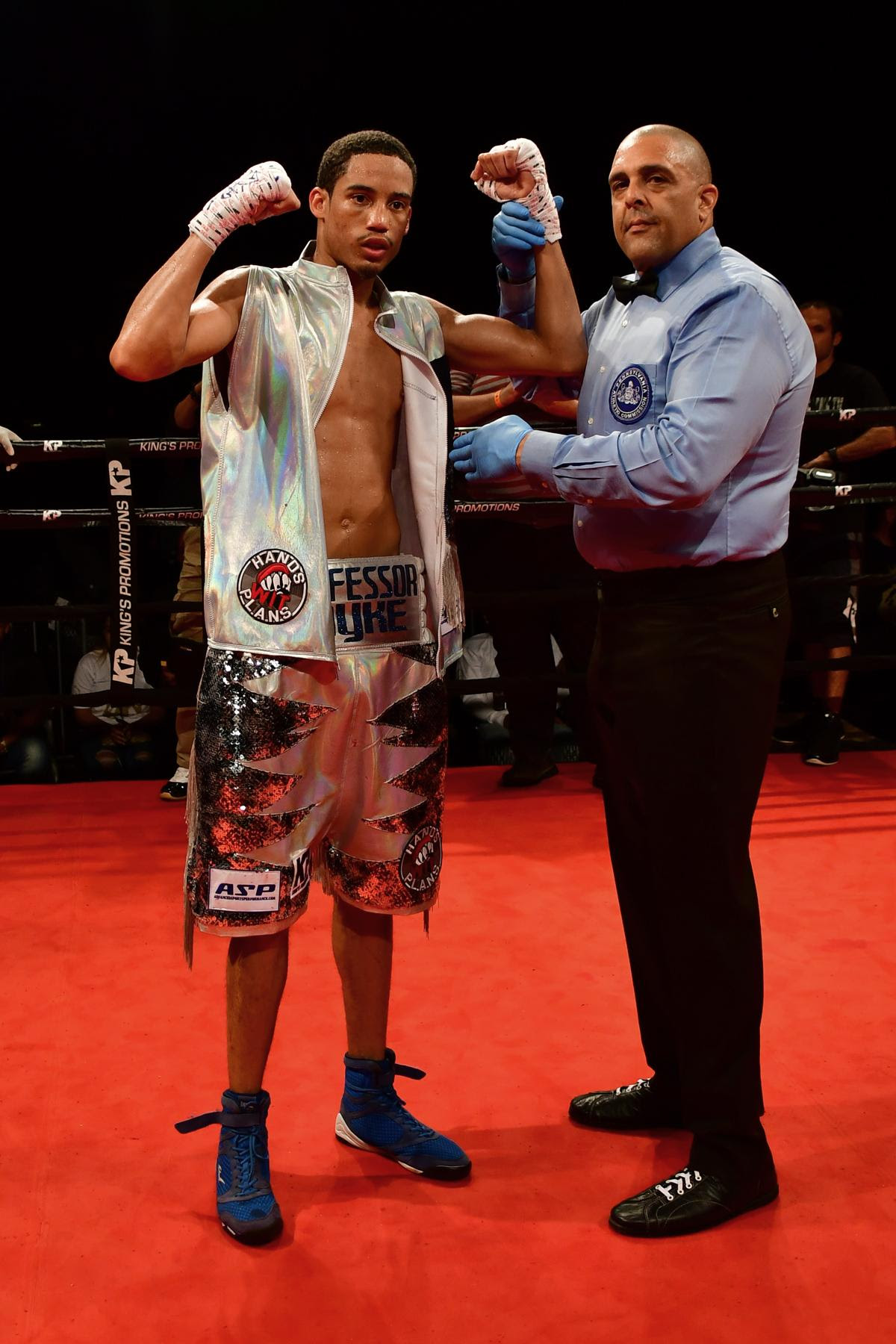 Fox of Forestville, Maryland used his height and reach to start off the bout by keeping Bernardo at the end of his punches.  As each round progressed, Fox moved closer and started landing solid four and five punch combinations that eventually started to make the normally forward charging Bernardo moving backwards towards the corner and ropes.  Fox showed his class and superior skills that has him now being mentioned for deserved opportunities against the bigger names in the junior welterweight division, as he won by shutout tallies of 100-90 on all cards.
Fox,141.8 lbs is now 21-1.  Bernardo 141.5 lbs of Santo Domingo, DR is 25-5. 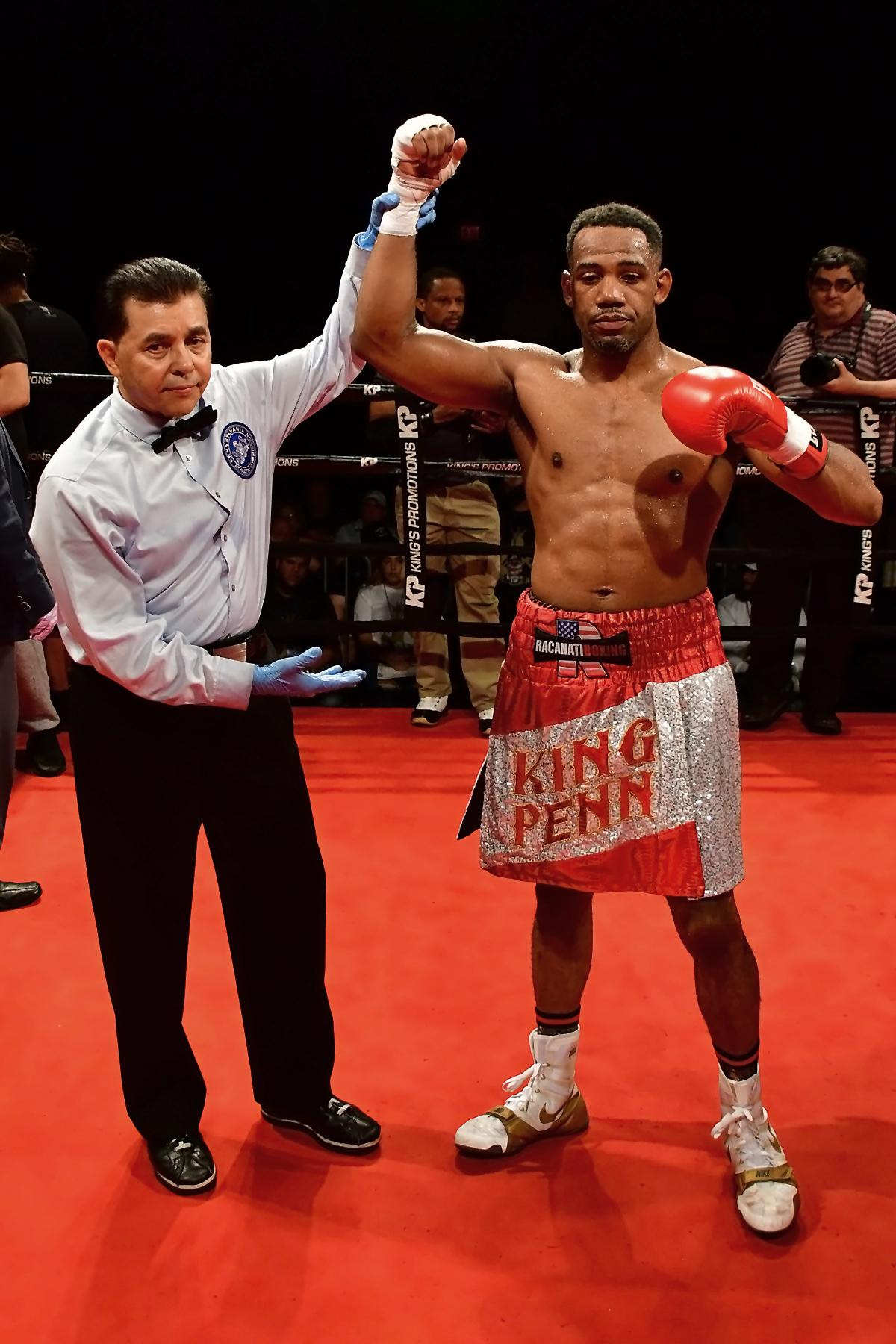 Courtney Pennington out-punched Erik Spring by pounding out an eight-round unanimous decision in the junior middleweight co-feature.
Pennington was able to get inside at will on the taller Spring.  When inside, Pennington worked by landing hard combinations that were mostly finished off by right hands that would snap the head of Spring.  Spring was very game in defeat, but Pennington took the contest by scores of 80-72, 79-73 and 78-74.
Pennington, 152.5 lbs of Brooklyn, NY is 13-4-3.  Spring, 154.3 of Reading, PA is 13-3-2. 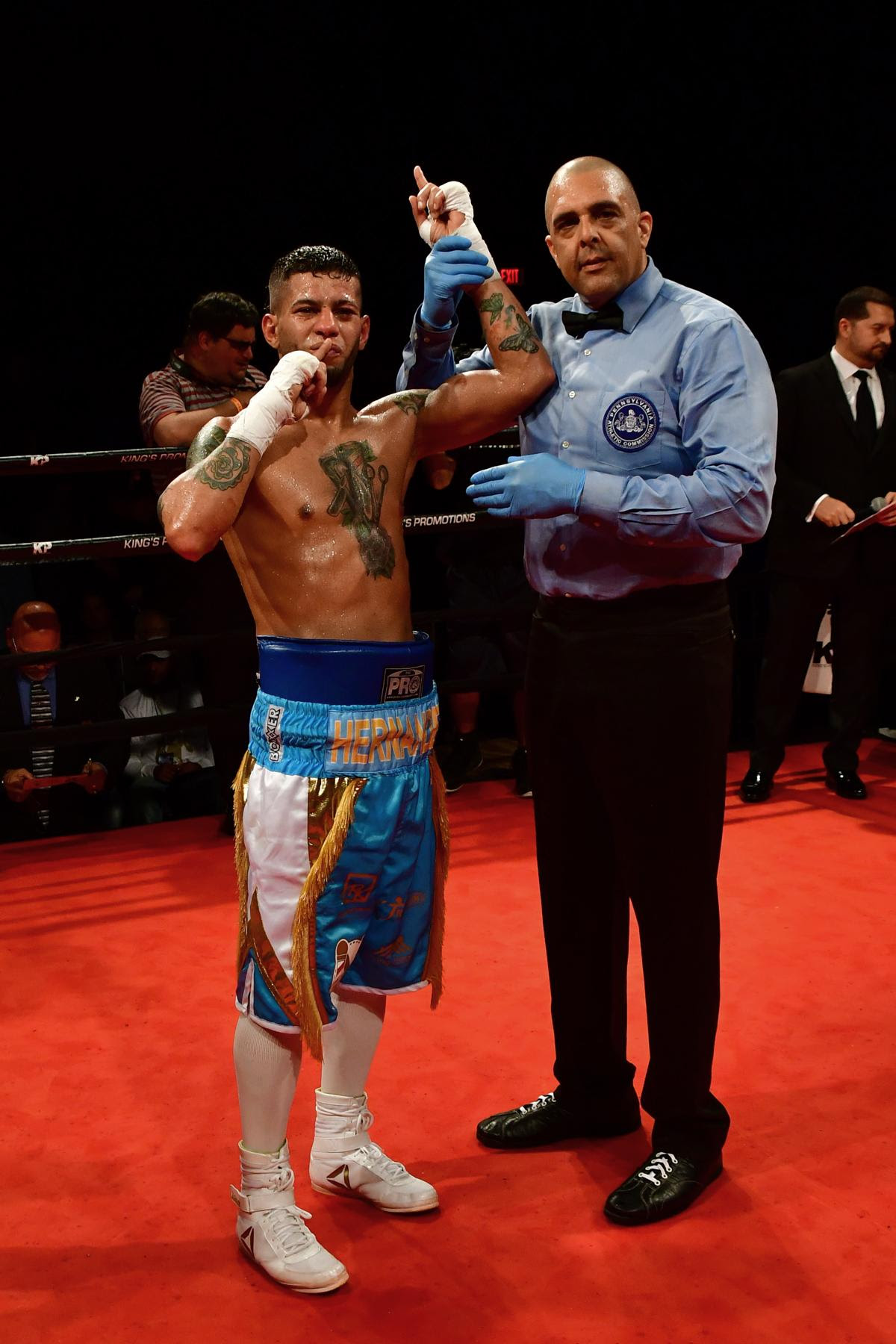 Nicholas Hernandez and Terrance Williams waged an eight-round war that saw Hernandez take a unanimous decision in a junior middleweight bout.
Hernandez pushed the action and the fight between the two Pennsylvania natives brought out high-intensity from the raucous crowd.  Williams had some moments during the contest, but he could not overcome knockdowns in round’s three and four.
Hernandez, 154.5 lbs of Lebanon, PA won by scores 77-73 twice and 76-74, and is now 10-4-1.  Williams, 154 lbs of Harrisburg, PA is 5-4-1. 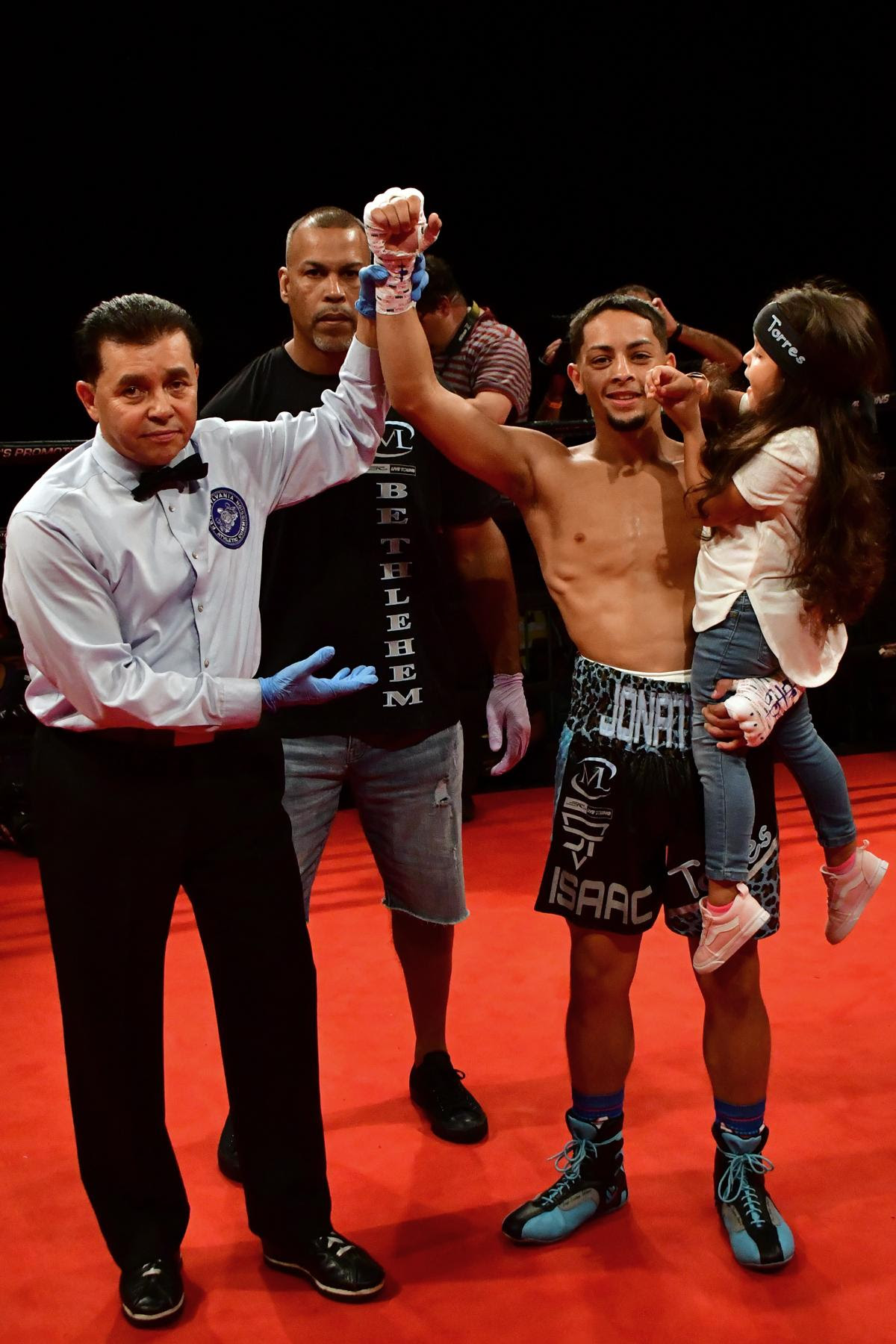 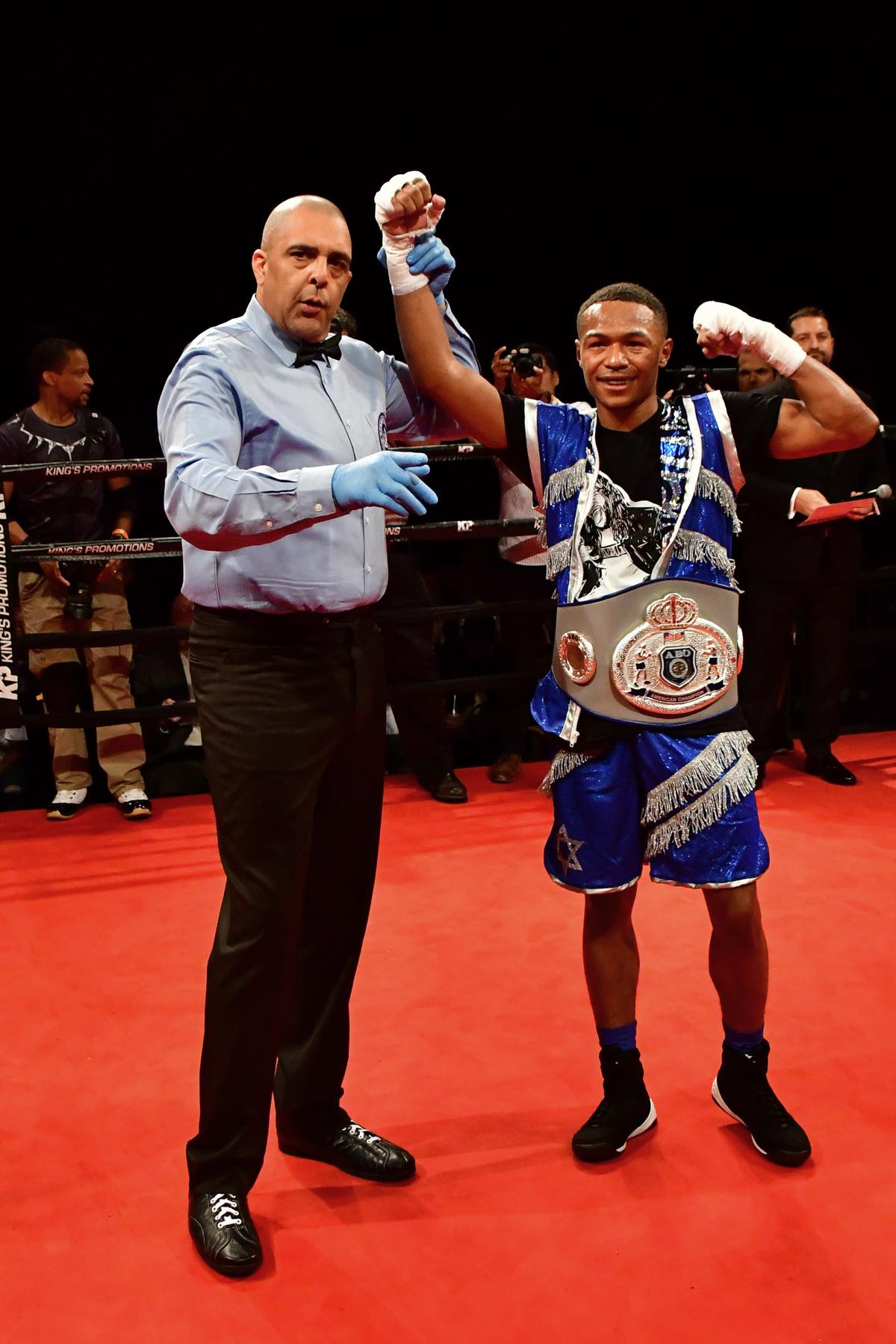 Fellow Bethlehem favorite Martino Jules scored an explosive 3rd round stoppage over Michael Stoute to retain the ABO Featherweight title.
Jules landed a perfect uppercut that sent Stoute down for the count at 1:54.
Jules, 126.9 lbs is now 7-0 with one knockout.  Michael Stoute, 125.7 lbs of Long Island, NY is 3-2. 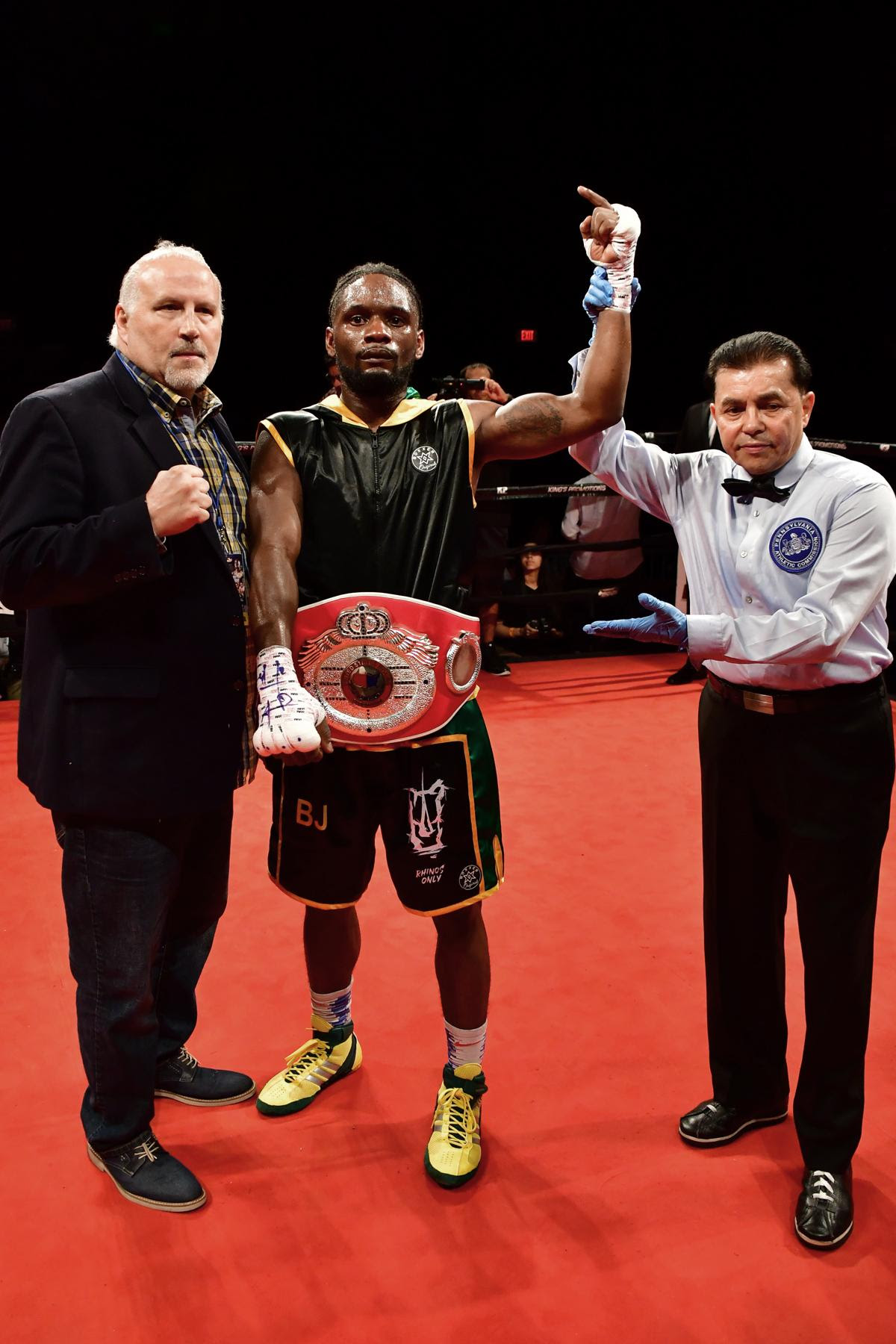 Kashon Hutchinson won a six-round unanimous decision over Rasheed Johnson in a welterweight bout.
Hutchinson, 143.9 lbs of Reading, PA won by 58-56 scores on all cards, and is now 6-5. 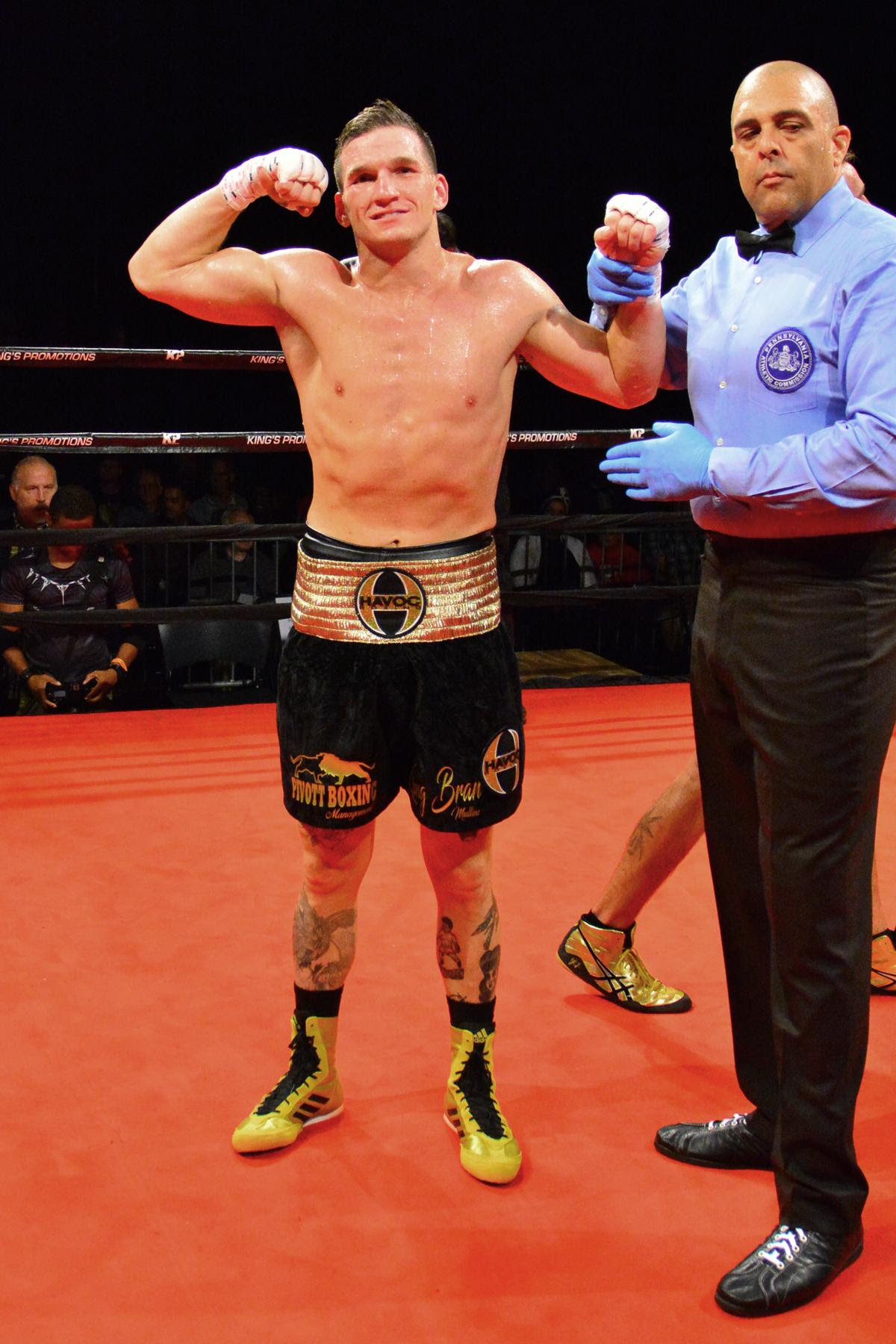 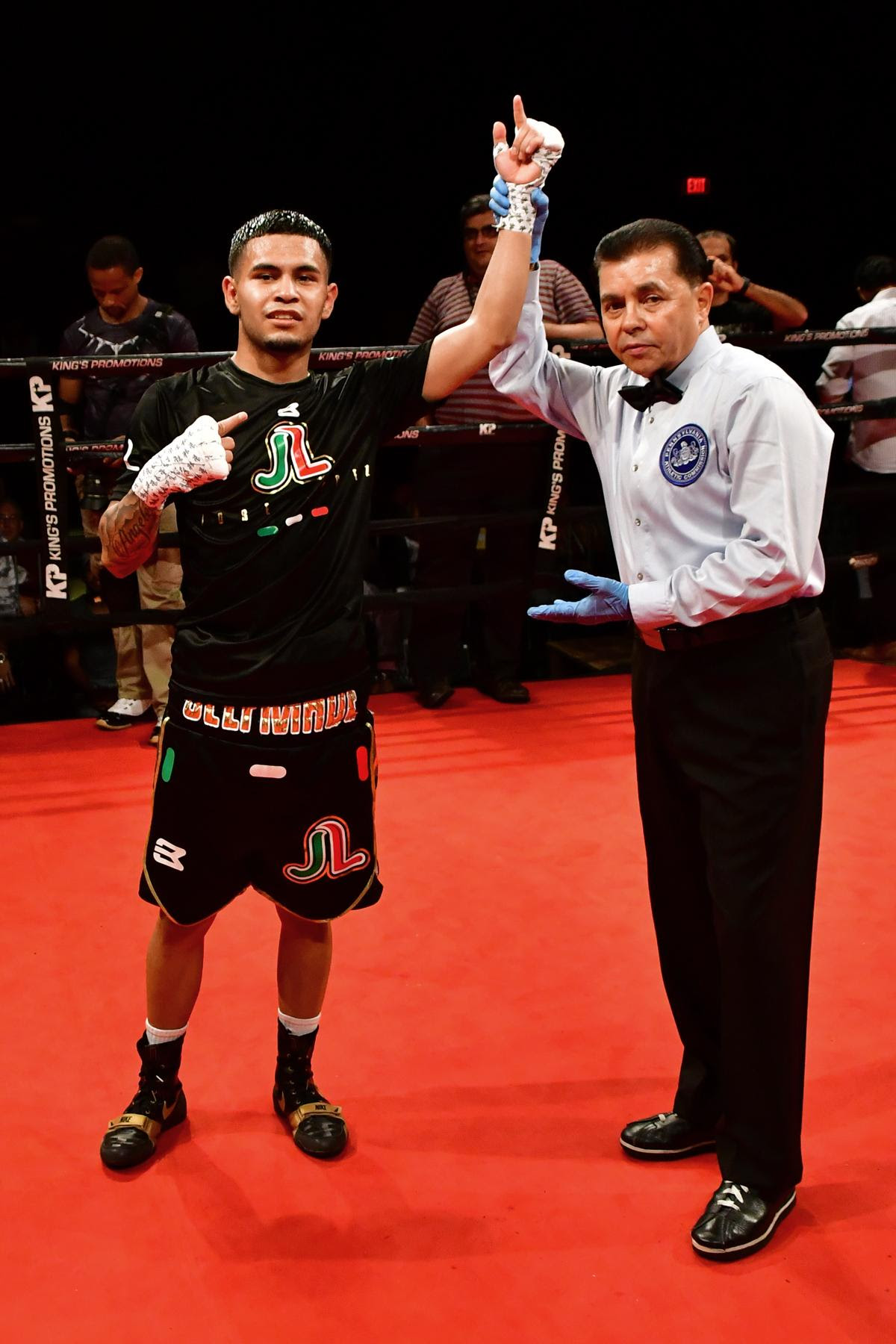 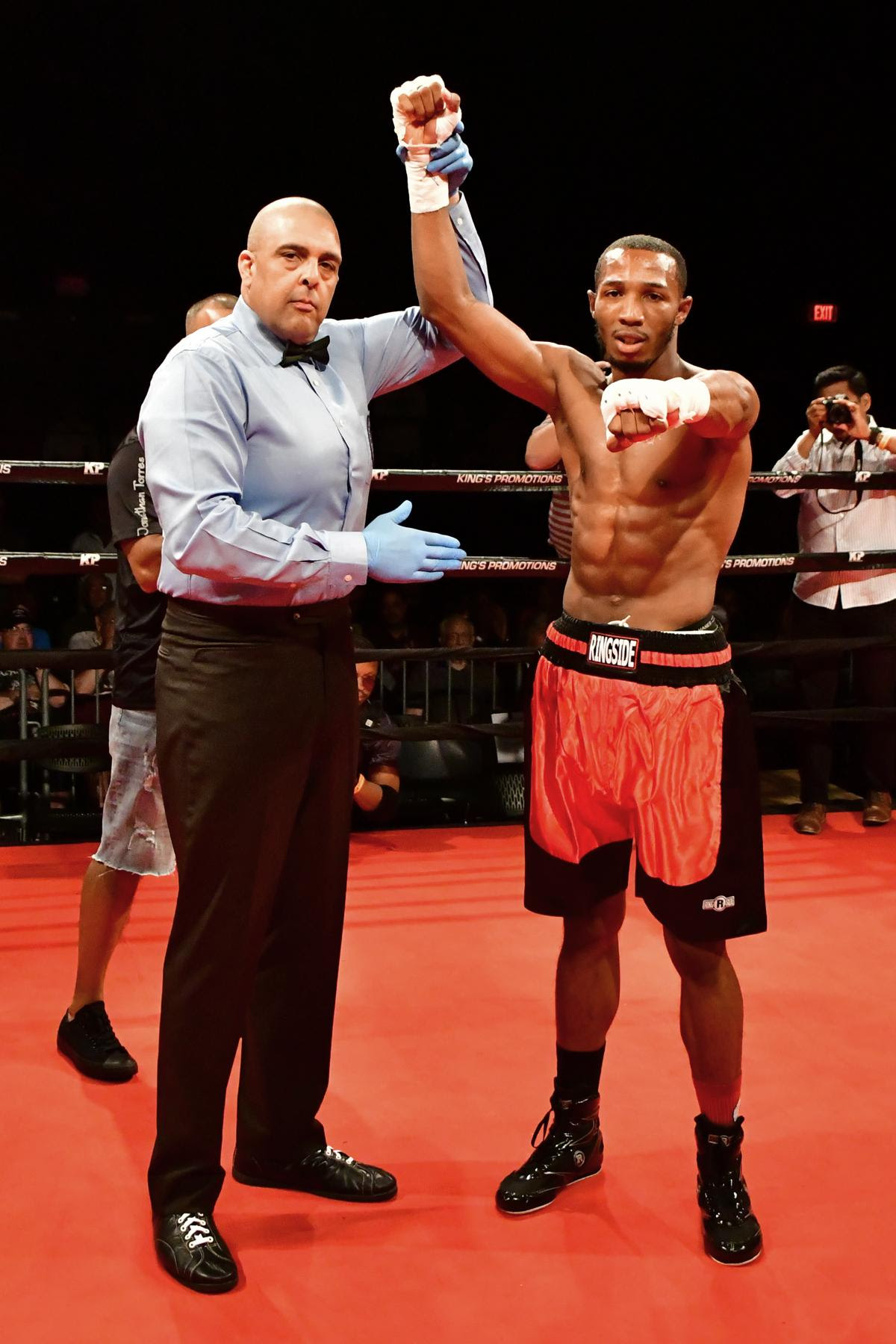 Khainell Wheeler opened the show with his 3rd consecutive opening round stoppage by taking out Juan Zapata in 78 seconds of their super middleweight fight.
Wheeler dropped Zapata three times and his now 3-0 with three knockouts.  Zapata, 167 lbs of Bronx, NY is 6-16-2.
Photos by Deborah Carbone / King’s Promotions.
admin2019-09-25T00:14:39+00:00September 16th, 2019|0 Comments