The old saying is “Like Father, Like Son.”  That will be evident this Friday night at SugarHouse Casino as Tyrone Crawley Jr.  battles Ricardo Garcia (14-3, 9 KOs) for the WBF Junior Welterweight championship.
The eight-round bout will headline a 10-bout card that is promoted by King’s Promotions.
Crawley (7-1) of Philadelphia has had an excellent camp as he prepares for Garcia.
“Training has been good.  I have no injuries, and I could not have had a better camp.  I was on weight about six days before the fight,” said Crawley.
Crawley has seen some things in Garcia that can exploit on fight night, which gives him the confidence to come home with the victory.
“Garcia has lost to two southpaws, so I think that he has a little trouble, and I see that he lunges in a lot.  I know he will be ready, but so will I for whatever he brings to the fight on Friday.”
Crawley will be vying for his 1st title in his 9th fight, which is the same number of fights that his father, former world title challenger, Tyrone “Butterfly” Crawley had his 1st title bout.
“It means a lot to fight for a title.  I have had a lot of ups and downs, injuries, and my son passed away.  My dad fought for a title in his 9th fight.  It was the ESPN title, so it’s ironic.  Winning a belt would be great, and it will open up some doors for bigger opportunities.”
This will be Crawley’s 1st bout since his only professional loss that occurred on March 2nd when he had to retire due to a wrist injury in his bout with Anthony Mercado at SugarHouse Casino.
“I have had a few fights, TV fights that have fallen through.  A win will get me into a higher profile fight.”
Crawley is inspired by longtime friend, Tevin Farmer, who captured the IBF Junior Lightweight title last week in Australia.
“Seeing Tevin win is an inspiration.  It shows that you can’t give up, and it’s never too late to become a contender and eventually a world champion.”
“I want to thank my coach, my dad, The Happy Hollow Gym in Germantown, Loyal Boyz Boxing Gym, as well as my girlfriend who helps with my diet during camp and takes care of my daughter.  I know my fans are excited that I am the main event in my hometown.” 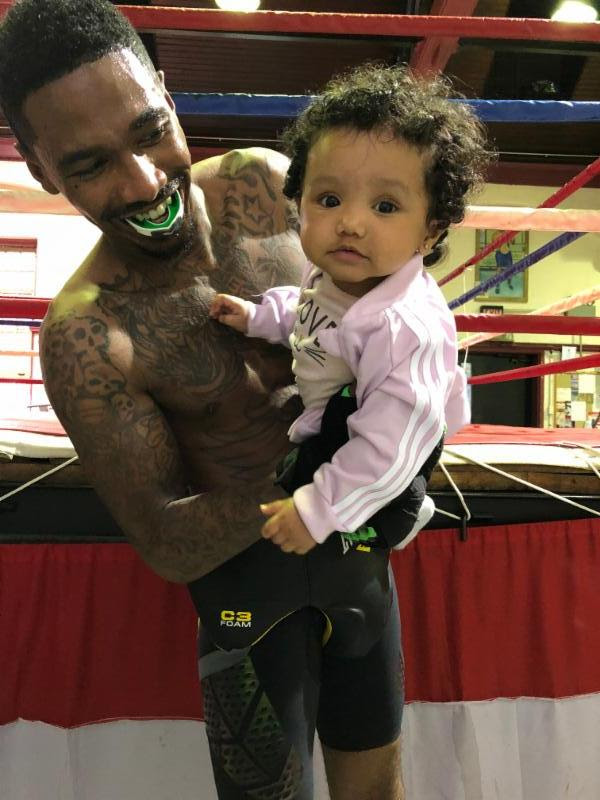