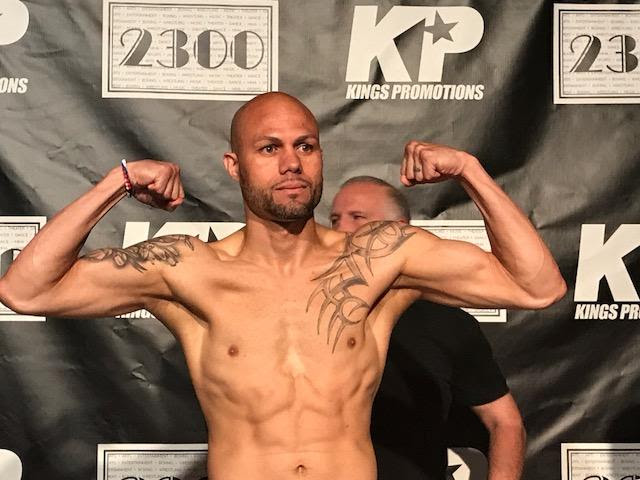 On April 23, 2005, Cintron was stopped by Antonio Margarito in his bid to win the WBO Welterweight title.
Cintron scored two wins, which included a 10th round stoppage over contender David Estrada (18-2) before stopping Mark Suarez in six-rounds to capture the IBF Welterweight title on October 28, 2006 in Palm Beach, Florida.
Cintron made two defenses of the crown which was highlighted by a two-round destruction over Walter Matthysse (26-1), before being stopped by Margarito in their rematch.
Cintron then sandwiched wins over Lovemore Ndou (46-10-1), Alfredo Angulo (15-0) and Juliano Ramos (15-2) around a draw with Sergio Martinez (44-1-1) before dropping fights with world champions Paul Williams and Carlos Molina.
In his last bout, Cintron was stopped in five round by Tyrone Brunson.
The “Philly Fight of the Year” Candidate saw Cintron score two knockdowns in round four, but Brunson came back to drop Cintron three times in round five.

“This is a fight to comeback to get back where I need to be.  After the Brunson fight, it was back to the drawing board.  this fight will start to get me back to the top one more time,” said Cintron.

“In Sosa, I was a broadcaster for his last fight, and in the brief fight, I did not see anything special.  I been working hard, and getting well prepared and I will be ready to fight.”
Cintron knows with a string showing and his professional resume, that he can get into a big fight, and Cintron has someone in mind.
“I see that Amir Khan is coming back, and I that is a fight that I want.”
Sosa of Philadelphia has a record of 15-11-1 with 15 knockouts. 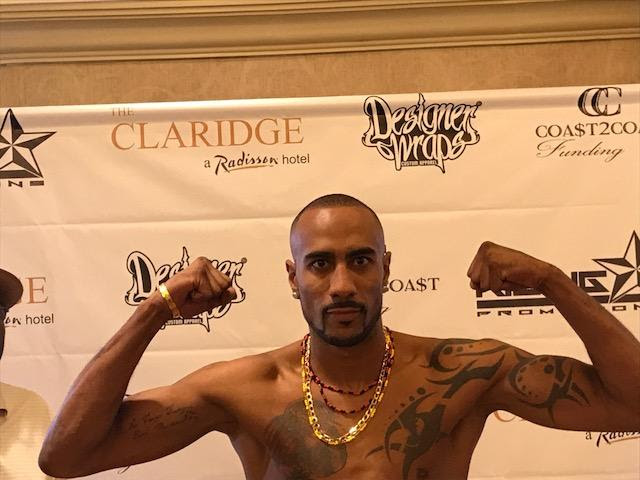 The 31 year-old is a seven year professional who is known to take on top competition such as Emanuel Taylor, Ray Robinson, Thomas LaManna, and in his last bout when he was stopped by undefeated top-prospect Jaron Ennis on December 1, 2017 in Philadelphia.
In an eight-round bout, heavyweight contender Joe Hanks (22-2, 14 KOs) of Newark, NJ will fight Nick Guivas (14-9-2, 9 KOs) of Topeka, Kansas.
In six-round bouts:
Colby Madison (5-0-1, 4 KOs) of Owings Mills, Maryland will fight Dante Selby (2-3-1) of Philadelphia in a heavyweight bout.
Blake Mansfield (5-1-1, 3 KOs) of Burlington, NC will fight Darryl Bunting (3-2-2, 1 KO) of Asbury Park, NJ in a middleweight tilt.
Chiase Nelson (6-1, 3 Kos) of Mansfield, OH will fight Vincent Jennings (5-4-1, 4 KOs) of Grand Rapids, MI in a featherweight battle.
In four-round bouts:
Michael Coffie (1-0, 1 KO) will take on pro debuting Nicoy Clarke of Jersey City, NJ in a heavyweight bout.
Martino Jules (2-0) of Allentown, PA will fight Malik Loften (1-0, 1 KO) of Suitland, MD in a featherweight bout.
Juan Sanchez (4-0, 1 KO) of Allentown, PA will take on Sergio Aguilar (2-6, 2 KOs) of Homestead, FL in a featherweight bout.
Tickets for the live event, which is promoted by King’s Promotions, are priced at $50, $75 and $100, not including applicable service charges and taxes and are on sale now. Tickets are available at www.ticketmaster.com
admin2018-02-26T18:00:44+00:00January 23rd, 2018|0 Comments