They fought as amateurs, and are both considered among the best super middleweights in the city.
This Friday night, Brandon Robinson and Christopher Brooker meet as professionals in what could shape up to be an explosive co-feature bout of a 12 fight card at the
2300 Arena in Philadelphia.
The eight-round bout is for the UBF All-Americas title.
The loaded show is promoted my King’s Promotions.
The main event will pit Tyrone Brunson (25-6-2, 23 KOs) against Manny Woods (16-6-1, 6 KOs) of Saint Petersburg, Florida in a junior middleweight bout scheduled for ten rounds.
“Training has been great.  This has been the best camp that I have had since turning professional hands down,” said Robinson. 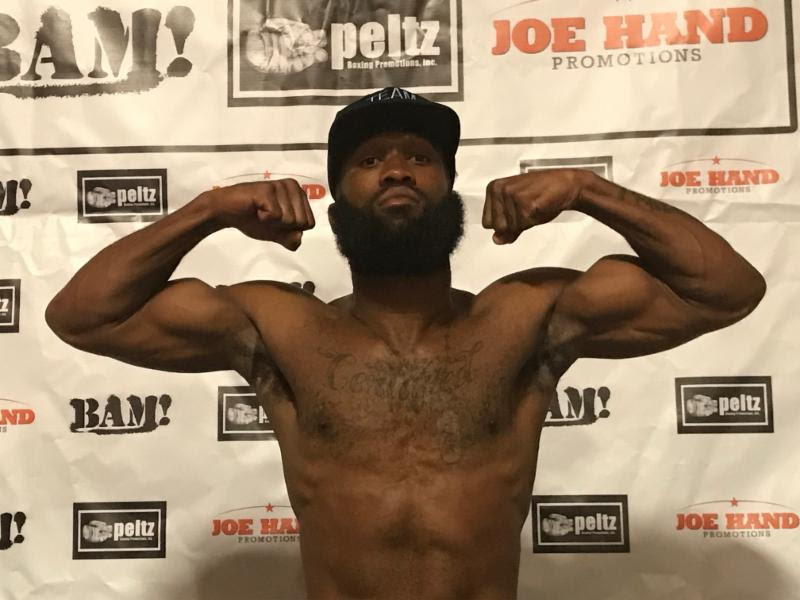 Although this could be a breakthrough fight for 29 year-old Robinson, He has been looking at Brooker no different than any previous foe.
“I look at every fight as a big fight.  I see each fight as if I am fighting Canelo or Golovkin, so I get my self in the best shape I can be.”
Being that they are in the same city, there is the aforementioned history between the two fighters.
“We fought as amateurs, and I won that fight.  Since the, we have sparred a couple times, and that has given me a great scouting report on him, and let’s just say I feel very comfortable going into this fight.”
Fighting against another Philly fighter is nothing new for Robinson as he already has a victory over Lamont McLaughlin.
“I have been through this, and these kind of fights bring out the best of me, and with a win on Friday, this will open up many doors for me that I never expected to be opened.  I am looking for a complete performance,  The fans will see power in both hands, craftiness, ring generalship and a huge heart.  I just want to thank King’s Promotions, and I am looking to take home the UBF All-Americas Super Middleweight title.”
For the 26 year-old Brooker, he has been here before but he wants to get back in the win column after losing to undefeated Light Heavyweight Ahmed Elbiali in a fight that he took on short notice on July 18th.
“I got right back in the gym after that fight.  I been working for 12 weeks.  I have a new personal trainer Jermaine Clark and my new trainer Octavio Pineda,” said Brooker. 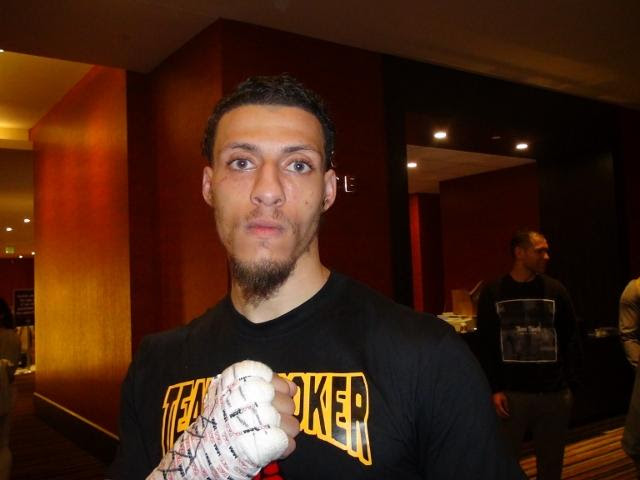 Brooker does not believe that the amateur loss to Robinson means anything going into Friday night.
“Yea, it does not mean anything.  It was my 3rd amateur fight.  The sparring sessions were good.  I treated them like I wanted to get some revenge for losing to him, and I am very confident after those sessions.  This fight for me is about getting this belt .  People will see me outwork him and outclass him.”
Brooker has made his name throughout the boxing circles with his willing to fight and defeat anybody at anytime.  That is evidenced by his wins over Leo Hall, John Magda, Antowyan Aikens and Gabriel Pham.  Brooker also stepped up to face Elbiali, Ronald Gavril and Ronald Ellis, and he became a favorite on national television because of his tough as nails style.
“Robinson is just another guy in front of me.  I been in and defeated much more experienced fighters then him.  He has not have anything that I have not seen in the ring.  I am not looking past him, I am looking through him.  I was beating Gavril before the fight was unjustly stopped.  He went on to barely lose in a bid for a world title and now he is getting a rematch with him, so that just shows what level I am on.  I want that rematch or (WBC Champion) David Benevidez.”
“I appreciate King’s Boxing and I am honored to fight for another belt.  I appreciate Brandon for signing the contract.  Friday night is a big fight for me, my family and all of my supporters.
Jaron Ennis (16-0, 14 KOs) of Philadelphia takes on George Sosa (15-10-1, 15 KOs) of Reading, PA in a eight round welterweight bout.
Omar Douglas (17-2, 12 KOs) of Wilmington, DE battles Martin Cardona (22-9, 14 KOs) of Guadalajara, MEX in a eight-round super featherweight bout.
Kyrone Davis (12-1, 5 KOs) of Wilmington. DE fights Jaime Barbosa (19-12, 9 KOs) of San Jose, Costa Rica in a eight-round middleweight bout.
Joe Hanks (21-2, 15 KOs) of Newark, NJ fights undefeated Joel Caudle (7-0-1, 5 KOs) of Raleigh, NC in a heavyweight tussle.
In a six-round super bantamweight affair, Marcus Bates (7-0-1, 6 KOs) of Washington, DC fights Antonio Rodriguez (11-19-1, 5 KOs) of Durango, MX.
In four-round bouts:
Shamsuddeen Justice (1-0) of Philadelphia will fight Latorie Woodberry (1-5-1) of Roanoke, VA in a junior welterweight bout.
Rasheed Johnson (2-1,1 KO) of Philadelphia, PA squares of with Kashon Hutchinson(3-3-1, 2 Kos) of Reading, PA in a welterweight contest.
Undefeated heavyweight Colby Madison (4-0-1, 3 KOs) of Owings Mills, MD fights Randy Easton  (4-9-2, 4 KOs) of Sunbury, PA.
Romuel Cruz of Philadelphia will make his pro debut against Rondarrius Hunter (1-1, 1 KO) of Atlanta, GA in a super bantamweight bout.
Christopher Burgos (0-1) of Philadelphia battles Gerardo Tiburcio (1-0, 1 KO) of Coatesville, PA in a lightweight fight.
VIP TICKETHOLDERS WILL HAVE A SPECIAL MEET AND GREET AT 5 PM ON FIGHT NIGHT.  THAT WILL INCLUDE SPECIAL DRINK SPECIALS ($3 DRAFT BEER, $5 CITYWIDE SPECIALS WHICH INCLUDES A SHOT OF WHISKEY AND DRAFT BEER AS WELL AS $4 MARGARITAS OR GLASS OF WINE FOR LADIES)
THERE WILL BE A PRESS CONFERENCE ON WEDNESDAY, NOVEMBER 29TH AT THE 2300 ARENA.
THE WEIGH IN WILL TAKE PLACE ON THURSDAY, NOVEMBER 30TH AT 4 PM AT THE 2300 ARENA
admin2018-02-26T18:05:53+00:00November 29th, 2017|0 Comments