This past Tuesday night, one of the most thrilling fights in recent memory, Anthony Mercado and Victor Vazquez waged an eight-round war for the ages that saw Mercado overcome a horrible cut over his right eye, a knockdown, and multiple instances where the fight could have been stopped to persevere and somehow comeback to win the fight. 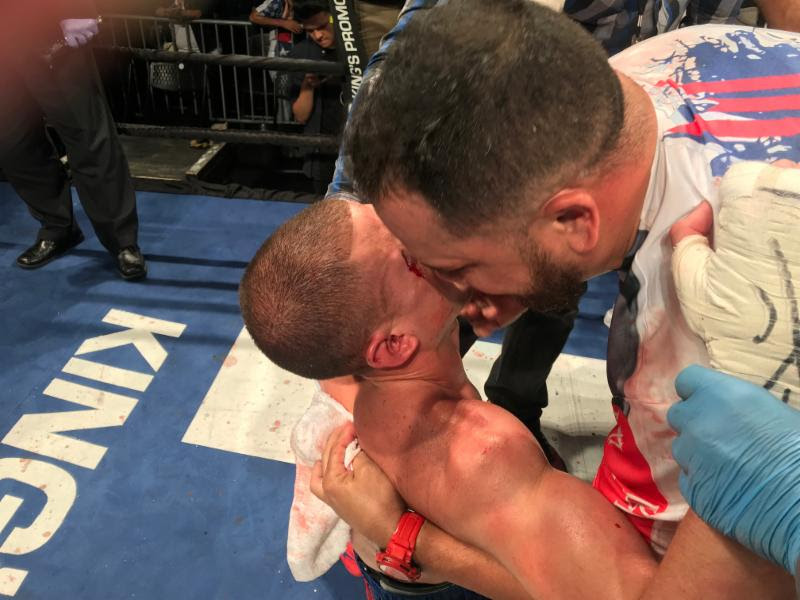 The bout, for which some at ringside were saying it was the best fight in Pennsylvania, headlined a nine-bout card at The Sands Bethlehem Event Center and was promoted by King’s Promotions.
The show was streamed live to a record audience of over 500,000 views on Facebook Fightnight Live.  The show can be seen on-demand by CLICKING HERE
Mercado was cut badly over his right in round two from an accidental headbutt.  In round three, Mercado landed a hard flurry on the ropes that forced Vazquez into the ropes, and referee Gary Rosato ruled that ropes kept Vazquez from being knocked down and administered an eight-count.  Vazquez fought back in round four and landed a couple of booming left hooks that rocked Mercado. 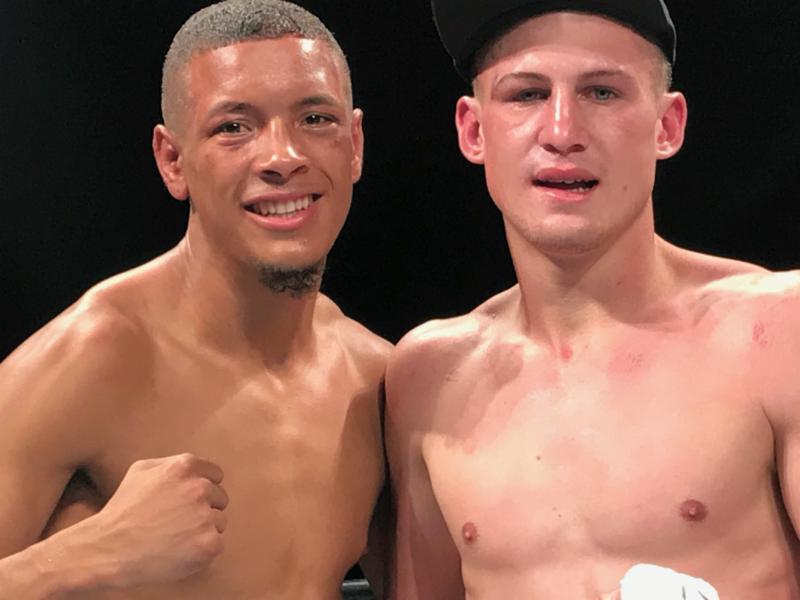 The continued to trade heavy shots at will, which led to some brutal exchanges with each guy landing some vicious power punches.  In round six, Vazquez landed some booming shots that had Mercado in trouble for much of the round,  One such flurry had Mercado seemingly a punch or two a way from getting stopped.  At the end of the round, Vazquez landed a flush left hook to the jaw that put Mercado plummeting to the canvas.  Mercado got up just as the bell rang, and he stumbled to the corner.  Vazquez went in for the finish in round seven, but Mercado, with blood now covering the whole right side of his face, was able to stabilize himself and work his way back into the fight.  Mercado made it all the way back, and was able to box his way to win the decisive eighth round.
Mercado, 140.8 lbs of Puerto Rico won by scores of 77-74 and 76-75 twice to raise his mark to 12-5.  Vazquez, 137.9 lbs of Yonkers, New York fought a great fight, but now falls to 10-5.
“I just thought of my dad.  I thought the fight was close to being stopped.  It was not easy, he is a good boxer.  I did not feel the cut.  I will have to talk to my team, but money talks for a rematch,” said Mercado
Vazquez said,”It could of went any way.  He is a good opponent.  He is tough.  We both have power.  We both came ready for the fighter.  Today we are both winners.” 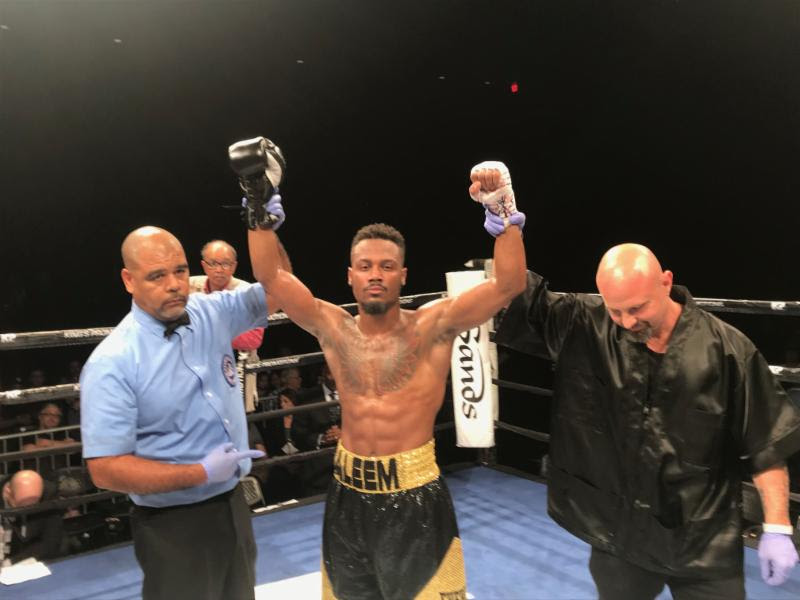 In the co-feature, Raeese Aleem stopped Alcides Santiago at the end of round five of their scheduled six-round super bantamweight bout.
Aleem beat Santiago down, and scored a knockdown in round five.
Aleem, 121.9 lbs of Las Vegas, was making his first start under new trainer and former world champion Bones Adams, is now 12-0 with six knockouts.  Santiago, 122.6 lbs of Arecibo, PR is 6-3. 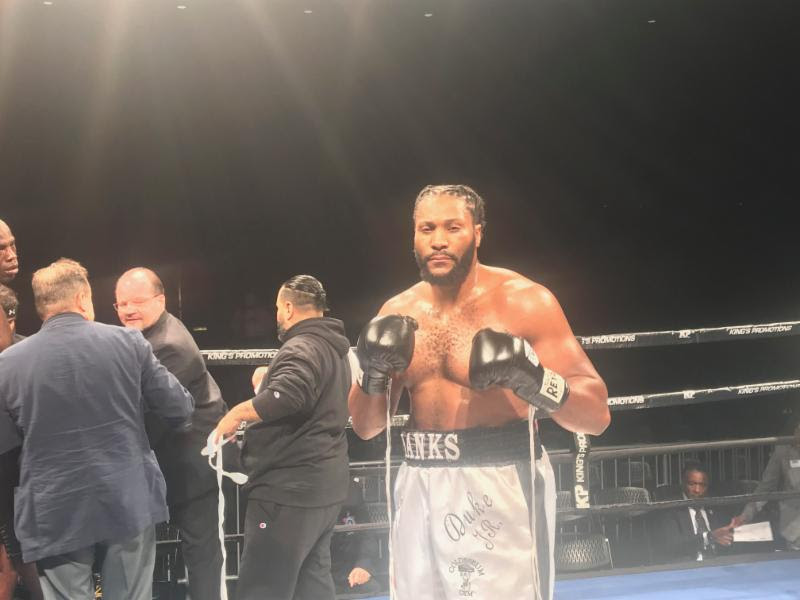 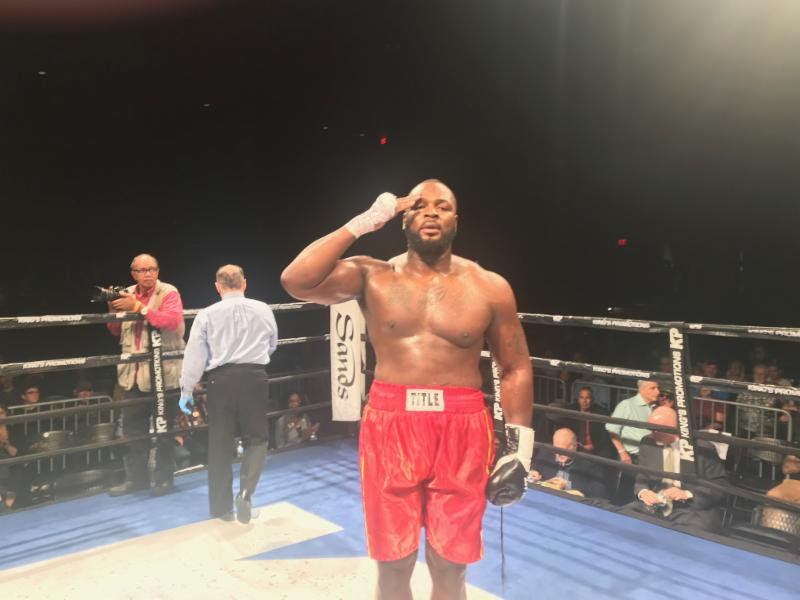 Michael Coffie scored four knockdowns en-roue to a 2nd round stoppage over Curtis Head in a scheduled six-round heavyweight bout.
Coffie registered the knockdowns evenly as he put Head on the canvas twice in each round, and the bout was stopped at 1:57.
Coffie, 270.5 lbs of Brooklyn, NY is 4-0 with three knockouts.  Head, 257 lbs of Southfield, MI is 4-3. 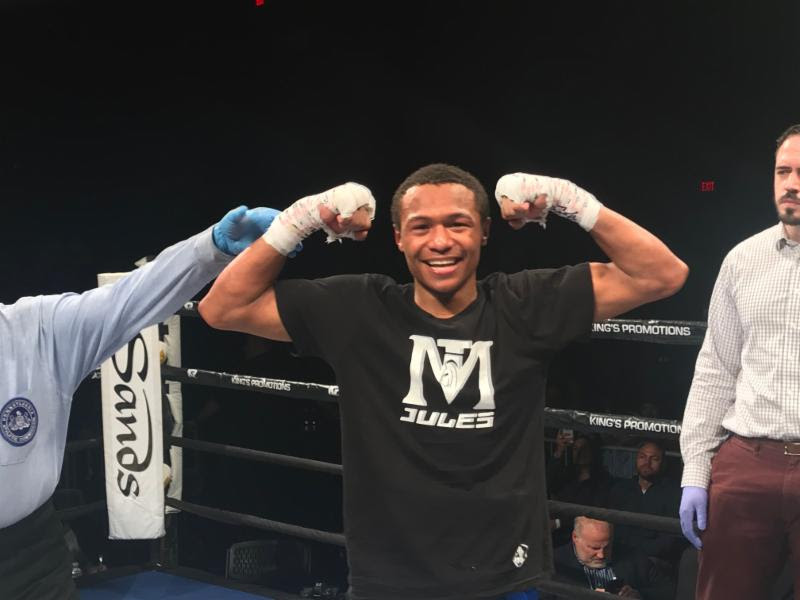 Martino Jules thrilled his hometown fans by dropping Felix Sosa in round’s one and three, which paved the way for a four round unanimous decision in a contest featuring undefeated featherweights.
Jules, 124.5 lbs of nearby Allentown, PA won by tallies of 40-34 on all cards, and is now 5-0.  Sosa, 124.1 lbs of Jersey City, NJ is 1-1.
Kenny Robles dropped Corey Gulley in round two, and finished him at 2:13 of round three from a wicked flurry of punches in a junior welterweight fight scheduled for six-rounds.
Robles, 138.2 lbs of Staten Island, NY is now 4-1 with two knockouts.  Gulley, 140.6 lbs of Killeen, TX is 2-3-2.
KING’S PROMOTIONS RETURNS TO SUGARHOUSE CASINO ON FRIDAY, NOVEMBER 9TH.  THAT SHOW WILL FOLLOWED UP BY KING’S PROMOTIONS RETURN TO THE SANDS BETHLEHEM EVENT CENTER ON TUESDAY, NOVEMBER 13TH,  DETAILS ON BOTH SHOWS WILL BE ANNOUNCED SHORTLY
admin2018-10-01T18:46:39+00:00September 27th, 2018|0 Comments