Rising super middleweight contender Kalvin Hendersondropped Antowyan Aikens five-times in less than three rounds, and  stopped Aikens in the 3rd frame of their scheduled eight-round super middleweight bout that headlined an eight-bout card at 2300 Arena in Philadelphia.
The card, which was the inaugural event that was streamed by Warfare Sports, was promoted by King’s Promotions and Titans Boxing Promotions. 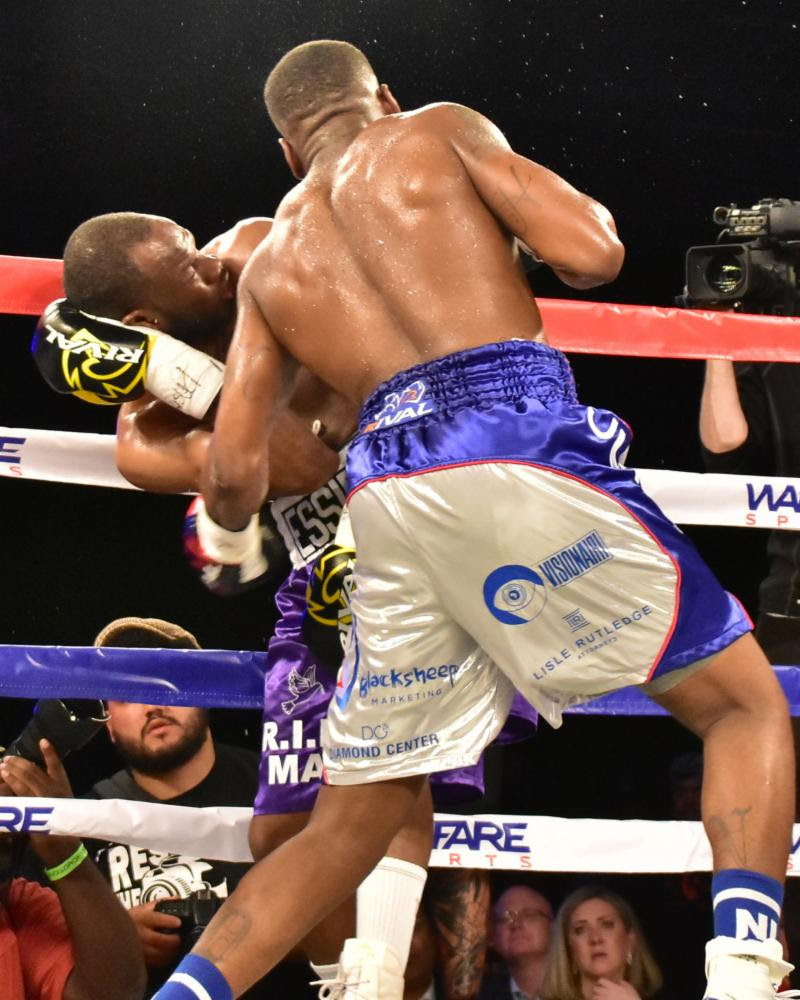 Henderson dropped Aikens with a jab in round two.  That opened up Aikens for an Henderson onsluaught, as the fighter nicknamed “Hot Sauce” put AIkens down two more times before the 2nd round could end.  Already on shaky legs, it was another jab that sent The Atlantic City native down for a fourth time.  Henderson wasted no time in disposing of Aikens, as he ended things with a hard right hand for the fifth and final knockdown at 2:14.
Henderson of Fayetville, Arkansas won his 2nd bout at The 2300 Arena, and is now 12-0 with eight knockouts.  Aikens of Atlantic City is now 13-7-1. 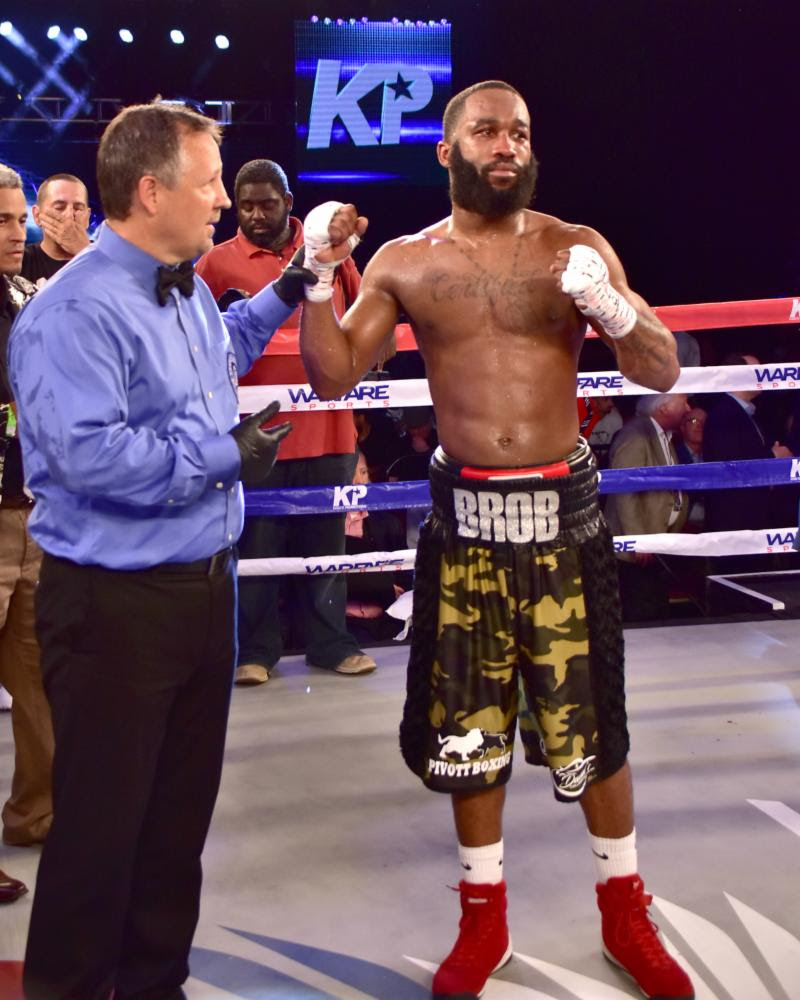 In the co-feature, Brandon Robinson survived a 1st round knockdown to comeback and take an eight-round split decision over DeVaun Lee in a super middleweight contest.
Lee landed an overhand right in the opening frame that clipped the chin of Robinson, and Robinson’s knee grazed the canvas for a knockdown.  He shook that off, and both fighters took turns in dictating the action.  Both were able to land some good power shots, and the fight was tight they whole way while providing good action throughout.
When the scores were tallied, they read 77-74 and 77-75 for Robinson.  Lee won on one card 76-75.
Robinson of Philadelphia is now 13-2.  Lee of Jamaica Queens, New York is 10-6-1. 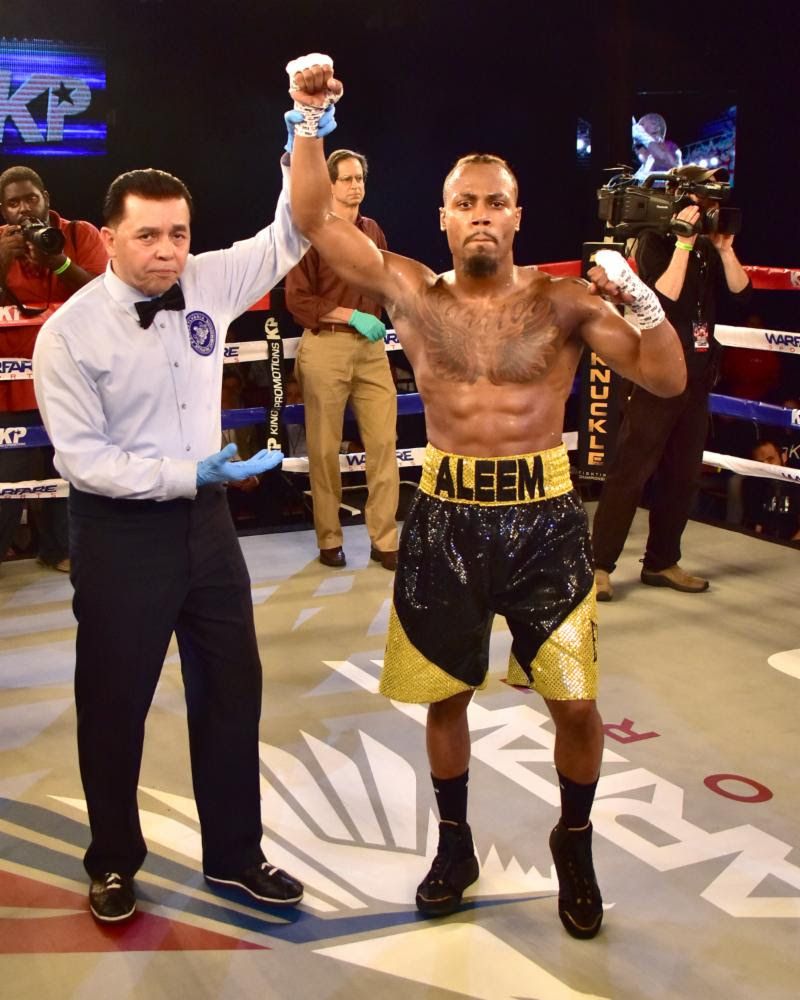 Good looking super bantamweight prospect Raeese Aleem stopped normally durable Ramiro Robles in the opening frame of their scheduled eight-round bout.
Aleem dropped Robles three times, with the punctuation shot being a left hook to the body that sent Robles down at 1:51.
Aleem of Las Vegas is 14-0 with eight knockouts.Robles of Queretaro, Mexico is 15-9-2. 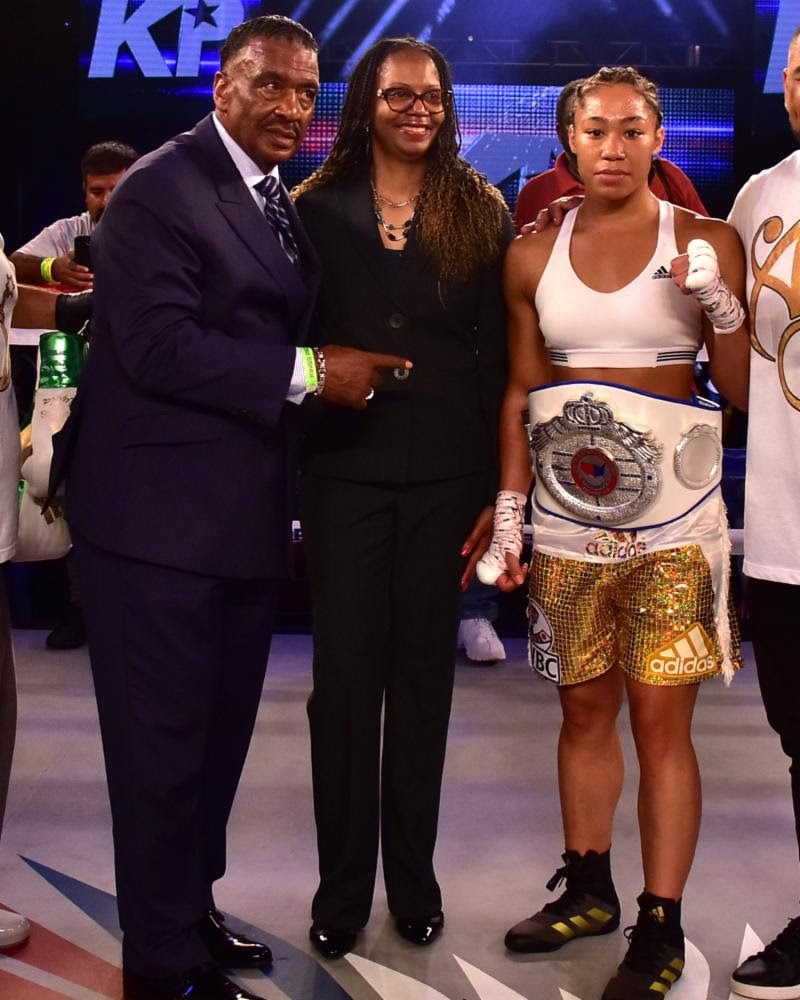 Alycia Baumgardner made quick work of Gabriella Mezei, as she needed just 68 seconds of their scheduled six-round junior lightweight contest.
Baumgardner scored knockdowns on body shots on the overmatched Mezei.
Baumgardner of Fremont, Ohio is 7-1 with five knockouts.  Mezei of Covasna, Romania is 9-18-5.
In non-streamed bouts: 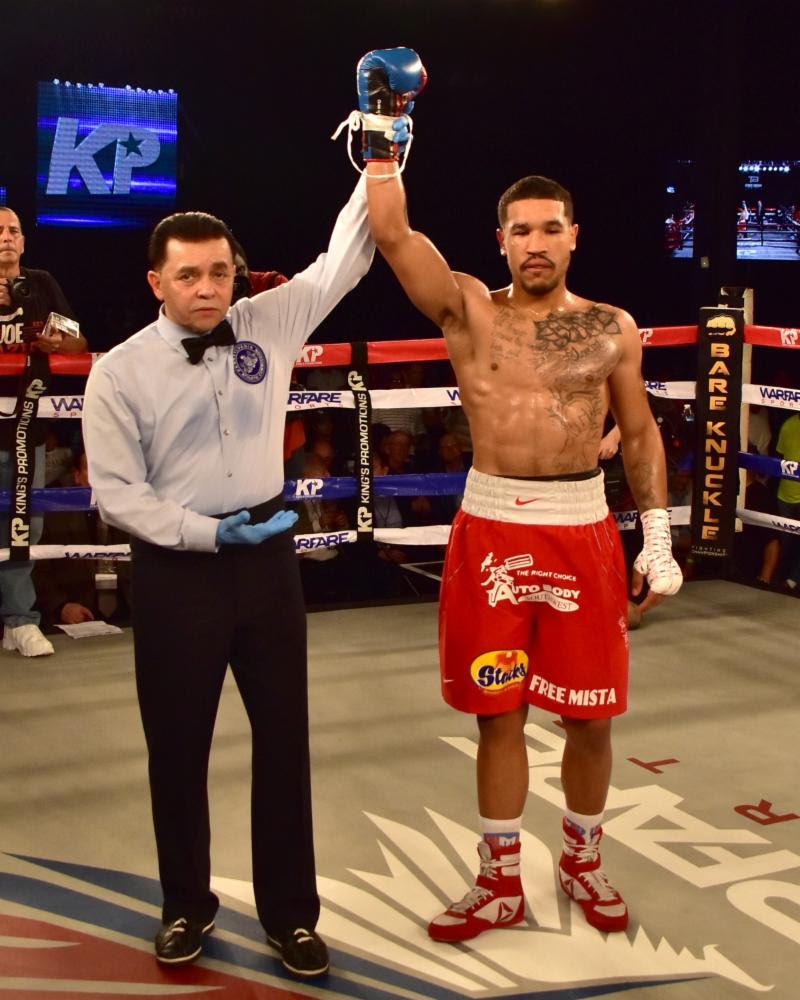 Former U.S. Olympian Paul Kroll scored his 3rd consecutive stoppage as he took out Vincent Floyd in the opening round of a scheduled six-round welterweight bout.
Kroll hurt Floyd with a right hand that backed up Floyd to the ropes.  Kroll then landed a barrage of power punches, and the bout was stopped at 2:27.
Kroll is 3-0 with three knockouts.  Floyd of Philadelphia is 4-7-1. Ryan Umberger dropped Darryl Fenton twice in en-route to a 1st round stoppage of their scheduled four-round middleweight fight.
The time of the stoppage was 1:34
Umberger of Philadelphia is 2-0 with two knockouts.  Fenton of Washington, DC is 1-5-1. 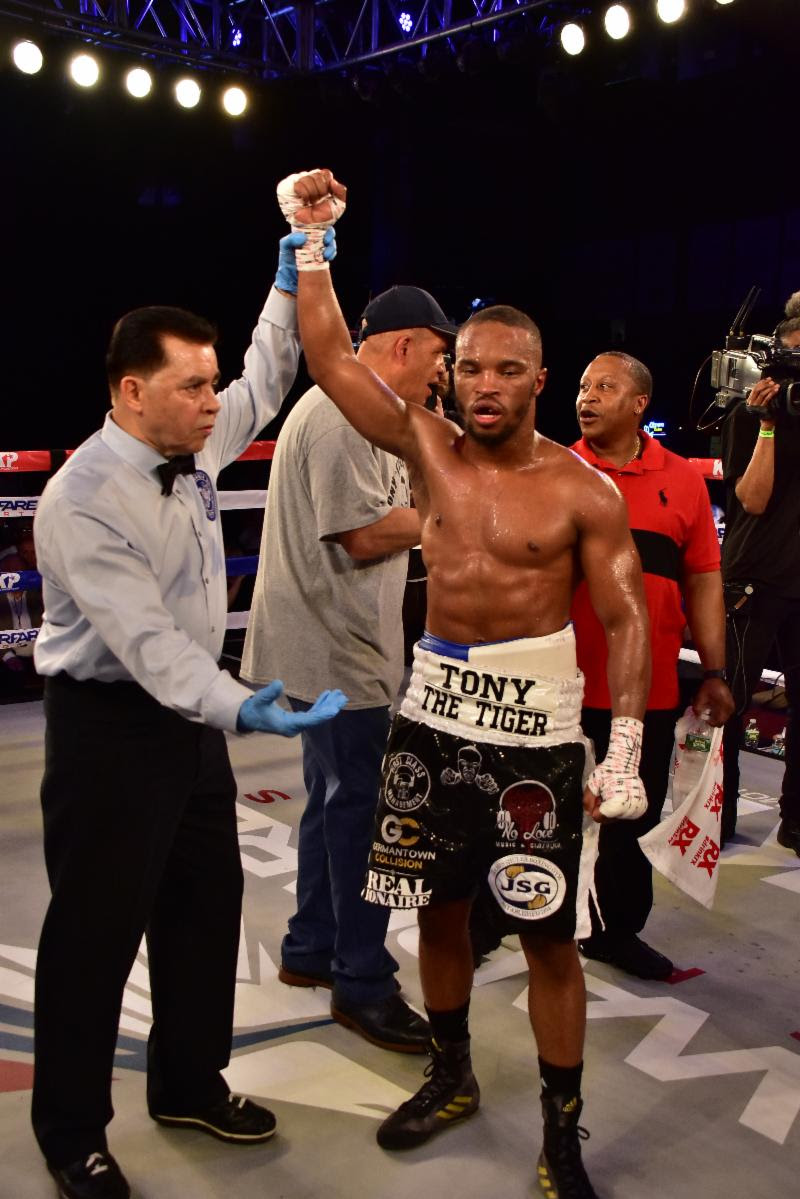 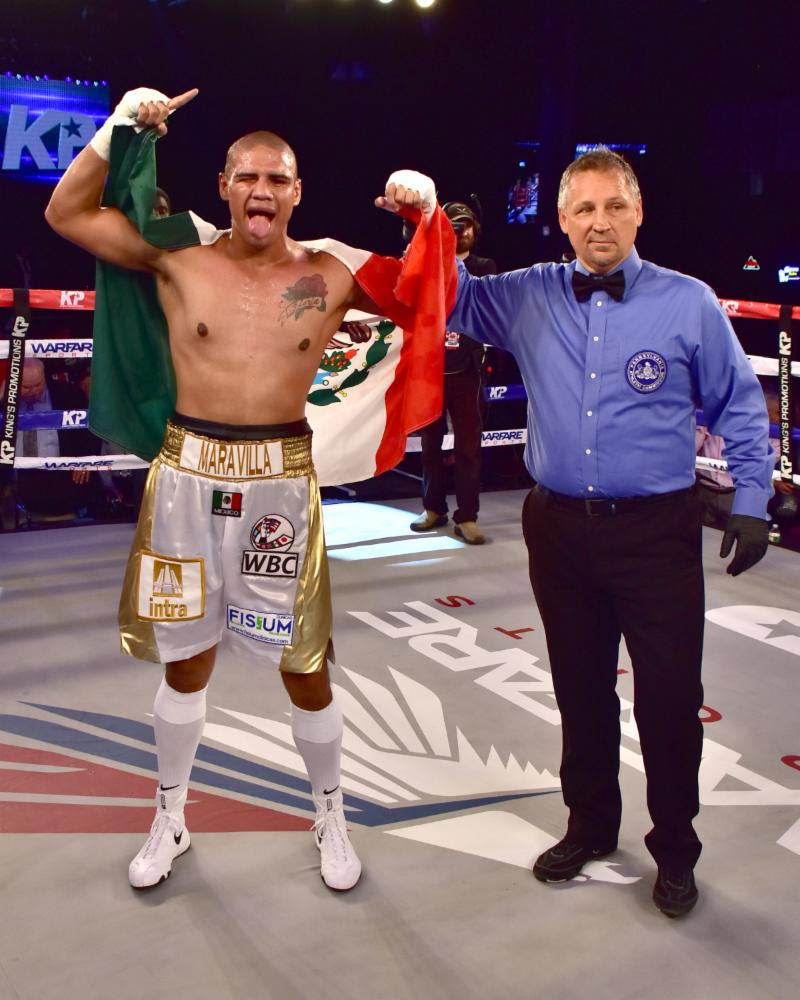